Home / About us / Our people / Executive Leadership Team

Our Executive Leadership Team brings diverse investment, financial and business leadership to VFMC. VFMC’s executive team has a strong commitment to workplace diversity and is led by CEO Kate Galvin.

Kate spent eight years in commercial legal practice, before transitioning into management.  Kate has led businesses in global and Australian companies across financial advice, asset management, private, corporate and business banking.  Before joining VFMC, Kate was at NAB where she was responsible for NAB’s Health business, leading a national team of corporate and business bankers. Prior to NAB, Kate held multiple roles with JBWere and Goldman Sachs JBWere, including Managing Director, JBWere and Executive Director and Partner, Goldman Sachs JBWere.

Kate holds Bachelor’s degrees in Economics and Law and is a graduate of the Australian Institute of Company Directors. She is currently on the Board of the Mercy Health Foundation. Russell joined VFMC in May 2017 as Chief Investment Officer (CIO) where he is responsible for overseeing the management of more than $72bn on behalf of a number of Victorian public authorities.

Russell joined VFMC from Mercer where he was the Global CIO (Mainstream Assets) since 2011 and CIO (Pacific) since 2003. This role saw him overseeing all discretionary equity, listed property, fixed income and multi-asset portfolios worldwide and was specifically responsible on a day-to-day basis for all portfolios based in the Pacific region. Russell also chaired the Mainstream Assets Global Investment Committee and Global Strategic Research Committees. Prior to this, he spent six years in Mercer Australia as an investment consultant and head of Investment Research.

Russell also gained eight years of investment and financial services experience working as manager of the investment research function for one of Australia’s largest superannuation funds, UniSuper, and as head of Investment Performance Analytics for a major fund manager.

Russell holds a bachelor of economics from Macquarie University. He is a fellow of the Institute of Actuaries of Australia and a senior associate of the Financial Services Institute of Australasia, and has lectured and tutored in investment subjects for both organisations. Johanna joined VFMC in November 2018 as Head of People.  Prior to this, Johanna spent nine years at Cbus Super Fund as the Executive Manager People & Culture, developing and leading the people strategy, initiatives and practices of the Fund as part of the Executive team.

Johanna also spent six years at ESSSuper and prior to this worked in human resources teams across the manufacturing and professional services sectors in both Australia and London. Lucy Carr joined VFMC in December 2019 as Chief Risk Officer, where she had accountability for leading the Legal, Risk and Compliance function and working with the Board and its Committees in the management and over-sight of VFMC’s legal, risk and compliance obligations.

In May 2022, Lucy was appointed to the role of Chief Operating Officer with accountability for leading the Data and Analytics, Digital and Technology, Investment Operations and Projects and Change portfolios at VFMC.

Lucy has extensive risk and operational management experience across the funds management, insurance, superannuation and consulting/advisory sectors. Prior to joining VFMC, Lucy spent eight years in executive roles at Vanguard Australia and was also a member of Vanguard Australia’s Board of Directors. She was previously Group Operational Risk Manager at AXA Asia Pacific for six years and held Manager and Senior Manager roles at EY New York and Melbourne. 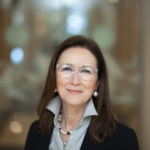 Head of Client and Market Development

Sarah joined VFMC in September 2020 as Head of Client and Market Development where she is responsible for client and stakeholder management, market development, investment performance reporting and communications.

Sarah has more than 25 years’ experience in financial services, investment management and trusteeship across the UK, Europe, North America and Asia Pacific. Prior to joining VFMC, Sarah spent 18 years with HSBC in a range of leadership positions across investments, wealth management and private banking, latterly running their Private Bank across Canada before joining ANZ in Melbourne in 2010. At ANZ, Sarah was the MD of ANZ Trustees. More recently she held the roles of Country CEO Cook Islands and Country COO Taiwan. Sarah’s final role at ANZ was the Head of Group Services prior to assisting Latitude Financial Services to establish their customer remediation and conduct and culture programs.

VFMC is saddened by the recent passing of financial innovator and respected former VFMC...