Home / About us / Our people / Our Board

How our Board is appointed

VFMC has an independent Board of Directors whose members are appointed by the Governor in Council. The Treasurer appoints the Chair and Deputy Chair.

The role and responsibilities of the Board of Directors is set out in the Board Charter. The Board’s role is to provide overall strategic guidance and effective oversight of management.

The Board is responsible for strategic planning, the annual budget, investment policy, risk management procedures, compliance controls and the effective monitoring of client mandates and management.

To effect the efficient performance of these duties the Board is assisted by the Audit, Risk and Compliance Committee and the People Committee. James MacKenzie is an experienced Australian company director. He currently serves as Chairman of Development Victoria, Slater & Gordon Lawyers and is a member of the MCG Trust.

James was previously President of the Victorian Arts Centre Trust, Chairman of the Transport Accident Commission (TAC) and Worksafe Victoria, Managing Director of Funds Management and Insurance at the ANZ Banking Group, Chief Executive Officer of Norwich Union Australia, and TAC Chief Executive Officer. He has been a member of the COAG Business Advisory Forum and a previous director of VFMC.

James has a Bachelor of Business from Swinburne University, and is a Fellow of the Australian Institute of Company Directors and the Institute of Chartered Accountants in Australia.
In 2001, he was awarded the Centenary Medal for services to Public Administration. Lisa Gay is a highly regarded legal and compliance professional with financial services experience in funds management, investment banking, and stockbroking. She is a non-executive director of Computershare Limited, Koda Capital and a member of the Council of Trustees of the National Gallery of Victoria.

Tom Considine is a partner in the Advisory and Investment business with the Sayers Group. Prior to this, Tom held a number of executive roles in the public sector, including Interim CEO, Suburban Rail Loop Authority, Group Head, Advisory and Civic Infrastructure at Development Victoria, and Chief of Staff to the Treasurer of Victoria.

He holds a Bachelor of Arts from Monash University and a Master of Business Administration from the University of Melbourne (MBS). 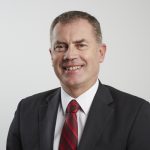 David Martine is Secretary of the Victorian Department of Treasury & Finance. He leads the department providing economic, policy and service delivery advice to the Victorian Government.

Before this David worked as a senior executive in the Commonwealth public sector, providing strategic advice to governments on a range of economic and other policy issues. He has extensive budget, finance, policy and organisational leadership experience and was involved in wide ranging strategic policy reform.

David is a director of Treasury Corporation Victoria and a member of the Infrastructure Victoria Board.

He has a Bachelor of Economics (Honours) from Monash University and completed a Masters of Business Administration in 2005. He specialised in the financial institutions of government, with senior roles covering the Treasury Portfolio in Victoria over a period of 30 plus years. He provided services to TAC, VWA, VMIA, Rural Finance, and DTF

Andrew supported the Victorian Treasury in the development and implementation of the Financial Management compliance, risk management and prudential assurance regimes.

Andrew is a former partner at PWC with a 24-year career in various roles including leading the Firm’s government practice in Victoria.

He Chairs the Audit Committees at Department of Transport, Grampians Wimmera Mallee Water and Victorian Parliament. Elana Rubin has extensive experience in funds management, property, infrastructure and insurance. She is currently the Chair of Victorian Managed Insurance Authority (VMIA) and is a director of Mirvac, AfterPay Touch Group and Slater and Gordon Lawyers, and several unlisted organisations in the infrastructure, finance and insurance sectors.

Previous directorships include Chair of AustralianSuper, director of LaunchVic, MLC (Life and Administration and Asset Management), Infrastructure Australia, and the Climate Change Authority.

Elana is a Fellow of the Australian Institute of Company Directors, Finsia and IML, and is a member of Chief Executive Women.

Fiona Trafford-Walker has over 25 years’ experience in investments, superannuation and governance.

Fiona is a Non-Executive Director at the Link Group and with Prospa Advance Pty Ltd and chairs the audit and risk committees for both organisations.  Fiona is also an Investment Director at Frontier Advisors, where she previously held the positions of Managing Director and Director of Consulting.  Fiona provides strategic investment and governance advice across the Frontier client base, is a member of the Frontier Investment Committee and heads the governance advisory team.  She is also a member of the Investment Committee at the Walter and Eliza Hall Institute.

In 2013, Fiona was named as the inaugural “Woman of the Year” in the Money Management/Super Review Women in Financial Services Awards, as well as one of the top 10 global Asset Consultants by the US-based financial journal Chief Investment Officer from 2013 to 2016 inclusive.  She was also announced as a winner in The Australian Financial Review and Westpac 100 Women of Influence Awards for 2016 in the Board/management category.

Fiona holds a Bachelor of Economics with first class Honours from James Cook University of North Queensland, receiving a University Medal, a Master of Finance from RMIT and is a Graduate of the AICD. Maria Wilton has a thirty year history in the investment industry with leadership experience in asset management and superannuation.

Maria is a Fellow of the Australian Institute of Company Directors and the Australian Institute of Superannuation Trustees. Maria is the former Managing Director and Chair of Franklin Templeton Investments Australia, a role she held for 12 years. She was also previously a board member of the Financial Services Council and a Trustee director of AGEST and Emergency Services and State Super.

She has also been a director of Melbourne Water, the Transport Accident Commission, the National Breast Cancer Foundation and Victoria Legal Aid (VLA). Maria holds a Bachelor of Economics from the University of Tasmania and is a Chartered Financial Analyst (CFA) Charterholder. She is currently a non-executive director of ING Australia where she is Chair of the Technology and Transformation, and Customer Experience Committees.

Lisa was the CEO, VFMC from 2016 to September 2021.  Prior to working with Government, Lisa had an extensive career in the Financial Services sector.  Her more recent senior executive roles were at NAB including Group Executive, Enterprise Services and Transformation and Group Executive, Personal Banking.  Before joining NAB, Lisa was the CEO, MLC Insurance and Managing Director, Plum Financial Services.

VFMC is saddened by the recent passing of financial innovator and respected former VFMC...

VFMC welcomes former CEO Lisa Gray to the Board

The Victorian Funds Management Corporation (VFMC) has announced the appointment of former Chief Executive Officer, Ms Lisa Gray to the Board of VFMC effective 1 January 2022.  In her...